October 2021 Awards and Mentions Every month we consolidate opinions of key experts for every product category
Nice! LG UBK80 ranks #13 out of 14 in this month's ranking:
Ranked #2 out of 10
This is our second best 4K blu ray device.
AnxietyTech
1 Sep 2021 (1 month ago)
Read article
Ranked #3 out of 8
A Simple And Efficient Blu-Ray Player At An Affordable Price
The Techlounge
1 Jun 2021 (4 months ago)
Read article
Browse this month's Blu-ray Player ranking
This month, #1 Blu-ray Player is Sony UBP-X800M2 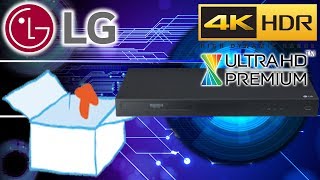 LG UBK80 is a popular option in the middle of the blu-ray players price range. It's in the top 3 bestselling blu-ray players and has dozens of popular alternatives in the same price range, such as Sony UBP-X700 or Sony BDPS6500 .