8.7
Great
Read reviews
Current price
$55
Go to listing
Consumer Score
In comparison:
Mackie Mix5 ranks #25 out of 134. It is in the top 10%.
Go to rankings
Read reviews

As of 4 Sep 2022, experts prefer Behringer Xenyx 502 over Mackie Mix5, but both Audio Mixers have solid expert endorsements.

About our ranking methodology

TLDR: We read top 10 'Best audio mixers' articles on the Internet, and combine all the recommendations into one mega-list. The more recommendations a product has, the higher it ranks.
In more detail:

Made up your mind? Ready to dive in?
Behringer Xenyx 502
Mackie Mix5

At ReviewFinder we prefer to focus on professional product reviews, because customer reviews can be disproportionately affected by unrelated factors such as delivery, specific seller listing problems, and, of course, fake reviews. With that said, below is the summary of consumer sentiment.

As can be seen in the chart above, median best-selling audio mixer receives a consumer score of 8.4 (great). Both Behringer Xenyx 502 and Mackie Mix5 receive customer reviews that average out above that median threshold.

It's fairly safe to say that Behringer Xenyx 502 is a more popular audio mixer than Mackie Mix5, based on its 3,000+ reviews. Popularity is determined based on product sales. Note that older and cheaper products tend to sell more.

Critic Consensus Common points from expert reviews summarized.
As can be seen below, Behringer Xenyx 502 is mentioned by key experts in Sep 2022, while Mackie Mix5 is not. 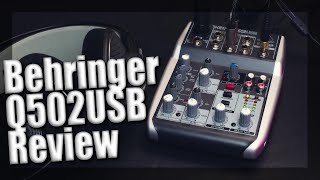 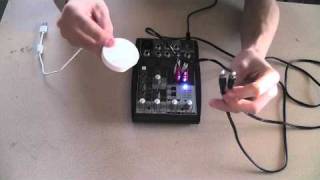 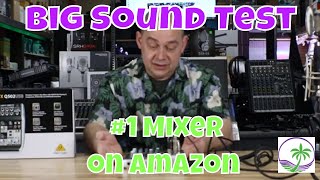 Report
Behringer Xenyx Q502USB Review and How to Set it Up With a Studio Microphone
Review by expert island
Popular! 39K views!
Play video review
or watch it on youtube
Know other great reviews of Behringer Xenyx 502?
Link them here!

Behringer Xenyx 502 is a very popular and one of the cheapest options. It has dozens of popular alternatives in the same price range, such as Pyle PMX7BU or Pyle PAD30MXUBT .

Mackie Mix5 is a very popular option at the bottom of the price range. It's in the top 3 bestselling audio mixers and has dozens of popular alternatives in the same price range, such as Pyle Professional Audio Mixer PMXU43BT or Pyle 4 Ch Bluetooth Studio .