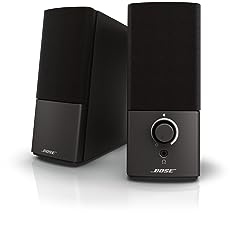 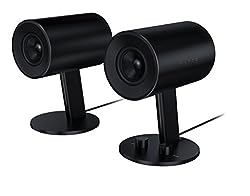 95%
Popularity Rankings
Current price
$99
Go to listing
Consumer Score
Avg. customer reviews:
4.4 Read reviews
In comparison:
Razer Nommo Chroma ranks #14 out of 85. It is in the top 20%.
Go to rankings

Bose Companion 2 Series III is a very popular and one of the most expensive options. It's in the top 3 bestselling computer speakers and has dozens of popular alternatives in the same price range, such as PreSonus Eris E3.5 or Edifier Exclaim E10 .

Razer Nommo Chroma is a popular option at the top of the price range. It's in the top 3 bestselling computer speakers and has dozens of popular alternatives in the same price range, such as Altec Lansing Speaker System or Creative GigaWorks T40 Series .

Razer Nommo Chroma was released in 2018. There are dozens of newer computer speakers on the market. Show newer Computer Speakers